We guarantee 100% satisfaction with our completed work.
Get a Free Quote 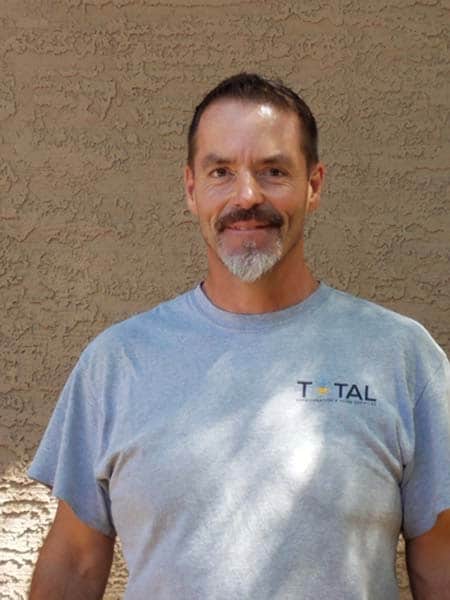 Jean-Pierre Lantin, founder and owner of Total Refrigeration, started his career in heating and cooling at age 17 when he began working on refrigerated transport at a local trucking company in his native Canada. By age 20, JP used the experience he had gained to start work with a Thermo King dealer in northeast Pennsylvania. Thermo King Corp., based in the Minneapolis and a unit of Ingersoll Rand, is an American manufacturer of transport temperature control systems for trucks, trailers, shipboard containers and railway cars as well as HVAC systems for bus, shuttle and passenger rail applications.

JP worked his way up to service manager at the Thermo King location in Pennsylvania. In 1996, he moved to Jacksonville, Fla., where he worked on refrigerated marine containers for ships out of the port city. After a year, he returned to Thermo King in Pennsylvania, and in 2000 he and his family moved to Phoenix where he had been promoted to run a Thermo King dealership. Within a short time, JP was promoted to corporate service manager of Thermo King and was in charge of training at all locations nationwide.

After several years of traveling for the Thermo King position, JP switched in 2010 to work for Data Processing Air Corp. so he could be home more with his family. DP Air is a Phoenix-based company that specializes in data center temperature and humidity control. He managed multiple Fortune 500 corporate accounts for DP Air for the next five years.

In 2015, JP cut his hours to part-time at DP Air, continuing to service some of their major accounts, while launching Total Refrigeration. In 2016, he transitioned from DP Air to running his business full-time. Total Refrigeration was incorporated in 2016, and JP received his Arizona ROC license in 2017.

Total Refrigeration will give all clients fair pricing, high quality service, and guaranteed products. Our customers are loyal because we guarantee 100 percent satisfaction with our completed work.